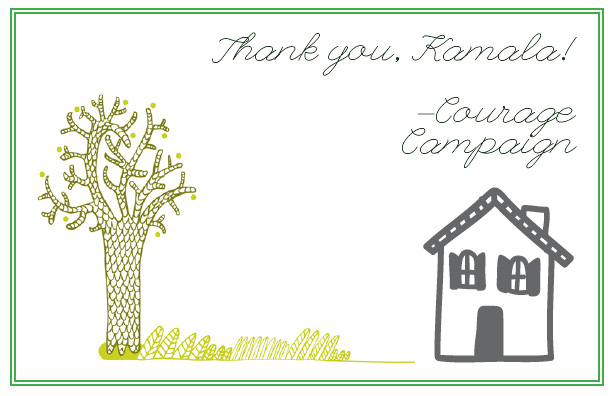 UPDATE: AG Harris eventually signed onto a massively revised national settlement deal in January of 2012. Thanks to AG Harris the deal guaranteed $18 billion for California, a massive improvement over what had been initially proposed.

Yesterday, Attorney General Kamala Harris announced that she would NOT agree to the current settlement deal with the Big Banks since it is "inadequate for California." She refused to join the settlement -- despite monumental pressure from the Big Banks, as well as the Obama Administration. Kamala Harris is a hero -- the spirit of courage -- fighting for right even if the establishment and conventional wisdom are against her.

Sign our thank you card! If you'd like to join us to deliver the card, let us know below.